Lecture: Is Pluto a Planet?- Delusions of Space Enthusists

Dr. Neil deGrasse Tyson, Frederick P. Rose Director of the Hayden Planetarium, will present the 2010 John and Muriel Landis Lecture. He is a noted astrophysicist and host of the PBS series Nova ScienceNow. He has been at the center of the controversy over whether Pluto is a planet for the last 10 years. As director of the Hayden Planetarium at the American Museum of Natural History in New York City, Tyson received hate mail when the museum stopped calling Pluto a planet. Nearly four years after the International Astronomical Union reclassified Pluto, the debate continues today. 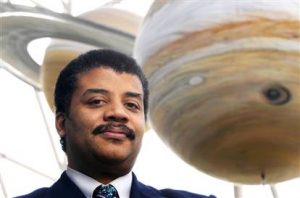 Tyson’s new book, The Pluto Files: The Rise and Fall of America’s Favorite Planet, chronicles his experience at the center of the controversy over Pluto’s planetary status and his travels across the U.S. exploring the history of Pluto and the continuing debate about its status. He explores the controversy in a new PBS NOVA special, The Pluto Files, airing on PBS March 2 at 8 p.m.

During his talk, “Delusions of Space Enthusiasts,” Tyson will reflect on the dreams and realities of space exploration. He will address whether future engineering breakthroughs, policy agreements within the global community, and economic realities can bring mankind closer to the unknown.