Director Robbie Gemmel will be

present for the screening of his

movie and a discussion afterwards. 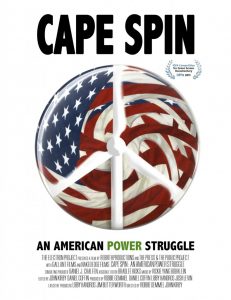 Cape Spin! An American Power Struggle tells the surreal, fascinating,tragicomic story of the battle over America’s most controversial clean energy project. Cape Wind would be the U.S.’s first offshore windfarm…But strange alliances formed for and against: Kennedys, Kochs, and everyday folks do battle with the developer and green groups over the future of American power.