Jackie Drago came to Lafayette knowing she wanted to major in economics. Her experience in the EVST 100 Introduction to the Environment course her first year led her to pursue a second major in environmental studies. 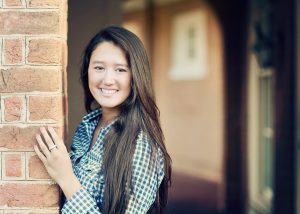 Drago was able to advance her interests in both of her majors while studying abroad in Copenhagen, Denmark through a DIS program focused on sustainable development in Northern Europe. Courses she took while in Denmark include environmental economics, conservation biology, and green business strategies. The program afforded her the opportunity to visit energy plants in Denmark and speak with members of city planning to discuss the infrastructure of their public transportation and biking systems.

Drago has also been involved in several areas of campus life, including attending investment club, participating in the ECO rep program in her first, second and junior years, playing club softball and more. Jackie is very actively involved in her sorority, Alpha Phi. Her most transformative experience as a student at Lafayette was acting as the Vice President of Marketing for the sorority, which involved organizing the Red Dress Gala philanthropy event to raise money for women’s heart health. Drago worked with two teammates on the large-scale event. “Some of the greatest challenges were managing the budget to book the various components and finding other donations and contributions from within the chapter to include in the silent auction,” she recalled. Jackie and her teammates implemented some new games as part of the event and were able to more than double the funds raised from the previous year as a result.

Academically, Jackie has enjoyed the interdisciplinary nature of the environmental studies program. “You are able to choose from courses from across disciplines and take a wide variety of classes. [The major] is also good for being able to study abroad and have the courses transfer over,” Drago explained. Drago was also complimentary of the individualized attention from program faculty available to students in environmental studies.

After graduation, Jackie plans to work for Bloomberg in their sales and analytics department. She was a technical support intern with the company in the summer of 2017 and has aspirations of moving into sustainability or new energy finance within Bloomberg in the future.